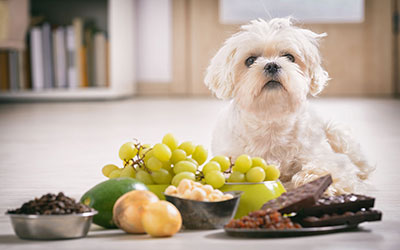 Well, we all love our pets. And, we make sure that their diet is up to the mark when it comes to our favorite pooch. Thus, if you have heard that grapes are harmful to pets, perhaps it is right.

We all know that it is harmful but ever wondered why? The Veterinarian toxicologists at Poison Control Center have observed a connection between the tartaric acid and the fruit grapes. This was discovered or studied while managing a case of a dog who accidentally ate the homemade playdough.

And, it has been earlier observed that there is a margin of safety when it comes to ingesting tartaric acid and humans and mice. As the studies on dogs are really underrated, the connections between the two were just not even on the radar.

The symptoms shown by the dog that ate up homemade playdough were suddenly kidney failure- similar to what is caused by the grapes compared to the normal toxicity of the salt. And, the realization of the fact came to light when it was seen that both tartaric acid and potassium bitartrate are in excess amounts in the grapes.

The toxicologists say that more and more breakthroughs of such kind would lead to opening doors for a better understanding of raisins and grapes.

Are you looking for a professional Veterinarian in Mississauga? Contact Millcreek vet today. They have the most trusted and reliable professionals who are aware and experienced with a wide variety of animals to make sure that each is healthy.

Millcreek Veterinary Clinic offers pet healthcare services in Mississauga. Get veterinary services along with a host of pet care products at your trusted local veterinarian.